The score was going down. Everyone stood in their spot. Race number three had only to start. Every spectator’s eye locked on the greyhound starting box. A rabbit in aviator sunglasses cracks a military-grade red smoke canister under his sweatshirt and drops it hissing at his feet. He walks away. The crowd of gambling animals suddenly erupts in panic.

The Rabbit siblings needed the money. Mama was hurt in a serious car accident when a reckless alligator lost control of his car and slammed into Mama’s Neon on a wet, rainy Interstate 95. The lucky reptile walked away without a scratch, but Mama Rabbit got the worst of it with a broken clavicle, ribs, a perforated lung, and fractured vertebrae from being thrown through the windshield. And that wasn’t all. Her pension from forty years of teaching in Florida public schools wasn’t enough to cover the hospital costs and the insurance company was nothing but the typical runaround.

But Fred, the eldest Rabbit sibling, had a plan. The idea came to him after losing his entire paycheck betting on a miracle for Mama at a dog track called Beasley Downs. Before placing this last losing bet, the door to the racetrack’s money-counting room opened and he spotted two flamingos hunched over a table, counting stacks of cash.  It was later, while sitting in his 1971 Challenger, that he made the decision: he would pull a heist.  Fred had little to lose and Mama Rabbit was all he had left.  Wouldn’t it be poetic to take  back from the place that had given him nothing but $100 losing stubs on 50 to 1 long shots?

When he pitched the idea to his little brother, Trevor Rabbit, Mama’s golden boy with a full ride track and field scholarship to the University of Florida, Trevor didn’t hesitate. Trevor had everything to lose, but loved his Mama more than anything in the world. And he would have done anything his big brother asked because he practically raised them when daddy, Lou Rabbit, decided to take that one way trip on the methamphetamine express. Fred, thoughtful brother that he was, conveniently planned the score during Spring Break so Trevor could get back in time for class on Monday.

Jackie, on the other hand, was not eager to do it. Jackie was the female, the reasonable middle sister of the three, and she had just escaped a bad relationship with another good-for-nothing hare when she got the phone call from Fred. All she wanted to do was sit on the couch, eat fried carrot chips, and watch trashy TV. The last thing she wanted to do was play cops n’ robbers with her brothers. But because she didn’t want to see them get killed and it was all for their poor mother, she said screw it.

The idea was basic, but good. After the first two races of the day and everyone had already placed their bets for the third race, Trevor would release a military grade smoke bomb to distract the crowd. Fred and Jackie would stand by the exit door to the betting teller room, tap on the door, and the second someone opened it, they would push in at gun point and rob the money counting room.

After releasing the pop smoke, Trevor was supposed to run to Fred’s ’71 Challenger in the parking lot, bring it around back to the food services loading dock, and wait for his brother and sister to emerge with a black bag full of money.

And so now there they were. A hot, humid Saturday at Beasley Downs. The plan all set. Jackie and Fred, dressed like tourists, standing outside the betting teller room door. Now only race number three had to start. Trevor’s eyes locked on the greyhound’s starting box. Inside his sweatshirt pocket, the cylindrical smoke bomb turned in his sweaty palms.  A cold Uzi strapped to his chest. 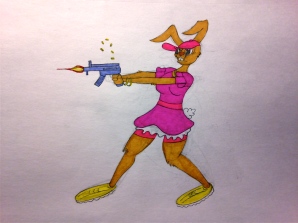 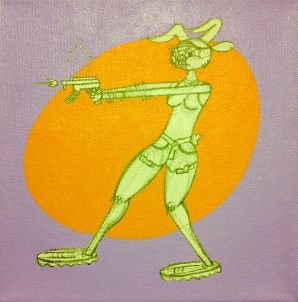 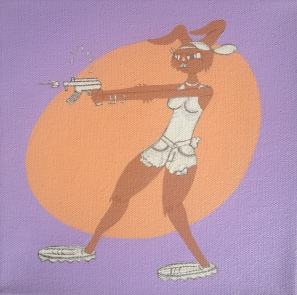