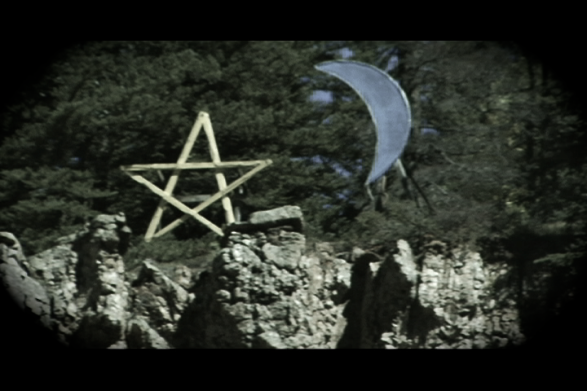 CAUTION: Guard your gardens. This robot will pick all your flowers. 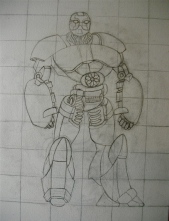 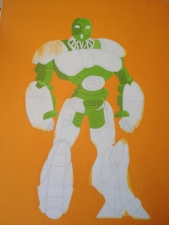 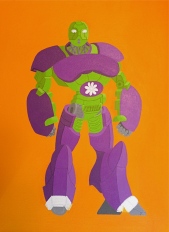 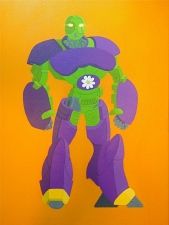 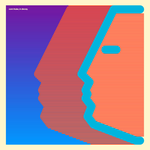 Through the flames of love we find our soul.

A duet of the Rolling Stones ballad played by my friend and his talented and beautiful daughter. 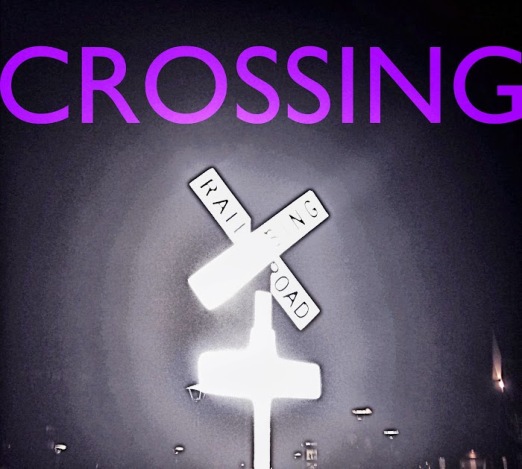 Tryin’ to let go, but your memory’s still on.

In a previous post, Big Ideas, Small Spaces, I mentioned the thrill of collage as similar to that of editing a video.  I believe both are organic, intuitive processes, with exciting, in-the-moment discoveries.  Both collage and editing use colors and shapes to imply new artistic ideas.  To demonstrate this, I made a self-portrait from the different color skin tones I found in soon-to-be recycled magazines and catalogs. 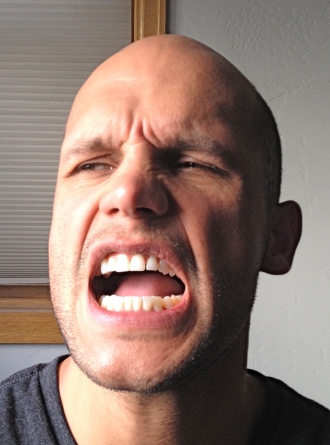 First, a photograph was taken to display an emotion.  This photograph would be later used for a guiding pencil sketch and reference for the pasting of cut-out shapes and colors. 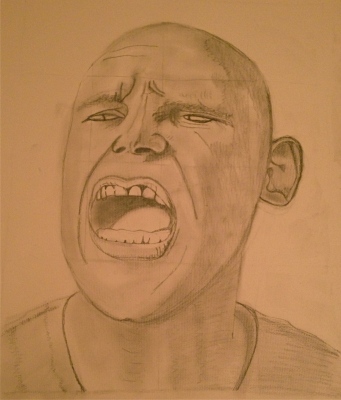 Next, a pencil sketch was drawn on fine charcoal paper.  I used the grid technique to blow up the image.  Rather than just outline the face, I shaded the drawing to show where the gradations occurred, and to help in the application of the colored magazine paper. 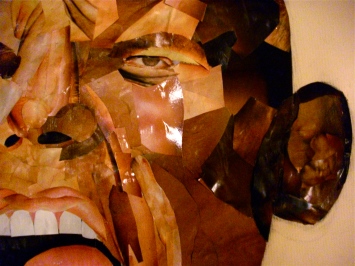 I cut out different shades of skin and separated them into groups.  I used school glue to stick down the abstract shapes that fit the gradations of shade in the photograph.  Starting with darker skin in the shaded area at the right, I moved left, layering lighter skin tones, to end up with the highlights.  For the ear, I used actual ear parts, since they were already the same texture, and sometimes the same shape.

For the mouth and lips, I cut out different colored lip shapes.  The tongue was an enormous close-up of a lower lip.  Up close, it is quite abstract, but by staying true to the shading in the photograph, I believe it worked.  The right brain interprets what that body part is, forgives the literal left brain, and recognizes it as a representation of the real thing. 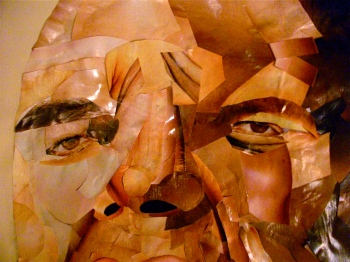 For the eyes, nose and eyebrows, I puzzled together colored polygons where they best belonged.  Again, collaging, like editing video, is an imperfect, intuitive thing.  There is no right or wrong here.  Just the fidelity to the shading and skin tone.  Having the pencil sketch underneath helped to guide where the borders of tone ended and another tone began.  I cheated on the eyes, finding a pair with the same color as mine and I used wrinkles found in other places, like the neck and smile line, for the creases in the forehead and under the eyes.

Again, the finished self-portrait collage.  I could not resist using a woman’s cleavage for the chin cleft and the magenta colored T-shirt was the icing on the cake!

A woman is enticed into a party house. 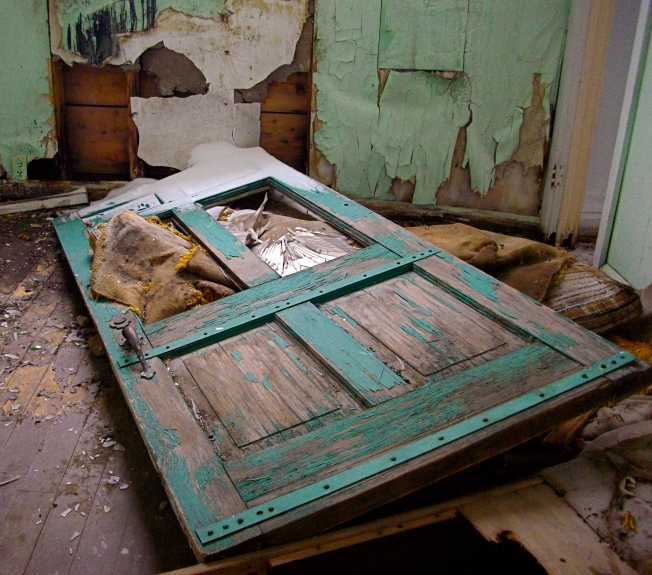 A haunting foray into an abandoned Colorado mining town.